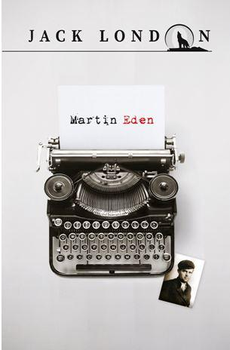 "But the point is, they sound the popular note, and they sound it so beautifully and
morally and contentedly. Their reviews remind me of a British Sunday. They are the
popular mouthpieces. They back up your professors of English, and your professors of
English back them up. And there isn't an original idea in any of their skulls. They know
only the established, - in fact, they are the established. They are weak minded, and the
established impresses itself upon them as easily as the name of the brewery is
impressed on a beer bottle. And their function is to catch all the young fellows
attending the university, to drive out of their minds any glimmering originality that
may chance to be there, and to put upon them the stamp of the established."

"I think] am nearer the truth," she replied, "when I stand by the established, than you
are, raging around like an iconoclastic South Sea Islander."

"It was the missionary who did the image breaking," he laughed. "And unfortunately,
all the missionaries a.re off among the heathen, so there are none left at home to break
those old images, Mr. Vanderwater and Mr. Praps."

"And the college professors, as well," she added.

He shook his head emphatically. "No; the science professors should live. They're really
great. But it would be a good deed to break the heads of nine-tenths of the English
professors - little, microscopic-minded parrots!"

Which was rather severe on the professors, but which to Ruth was blasphemy. She
could not help but measure the professors, neat, scholarly, in fitting clothes, speaking
in well-modulated voices, breathing of culture and refinement, with this almost
indescribable young fellow whom somehow she loved, whose clothes never would fit
him, whose heavy muscles told of damning toil, who grew excited when he talked,
substituting abuse for calm statement and passionate utterance for cool self-possession.
They at least earned good salaries and were - yes, she compelled herself to face it -
were gentlemen; while he could not earn a penny, and he was not as they.

She did not weigh Martin's words nor judge his argument by them. Her conclusion that
his argument was wrong was reached - unconsciously, it is true - by a comparison of
externals. They, the professors, were right in their literary judgments because they were
successes. Martin's literary judgments were wrong because he could not sell his wares.
To use his own phrase, they made good, and he did not make good. And besides, it did
not seem reasonable that he should be right - he who had stood, so short a time before,
in that same living room, blushing and awkward, acknowledging his introduction,
looking fearfully about him at the bríc-a-brac his swinging shoulders threatened to
break, asking how long since Swinburne died, and boastfully announcing that he had
read "Excelsior" and the "Psalm of Life."

Unwittingly, Ruth herself proved his point that she worshipped the established. Martin
followed the processes of her thoughts, but forbore to go farther. He did not love her
for what she thought of Praps and Vanderwater and English professors, and he was
coming to realize, with increasing conviction, that he possessed brain-areas and
stretches of knowledge which she could never comprehend nor know existed.

In music she thought him unreasonable, and in the matter of opera not only
unreasonable but wilfully perverse.

"How did you like it?" she asked him one night, on the way home from the opera.

It was a night when he had taken her at the expense of a month's rigid economizing on
food. After vainly waiting for him to speak about it, herself still tremulous and stirred
by what she had just seen and heard, she had asked the guestion.

"I liked the overture," was his answer. "It was splendid."

"Yes, but the opera itself?"

"That was splendid too; that is, the orchestra was, though I'd have enjoyed it more if
those jumping-jacks had kept guiet or gone off the stage."

"But they are great artists," she protested.

"They spoiled the music just the same, with their antics and unrealities."

"But don't you like Barillo's voice?" Ruth asked. "He is next to Caruso, they say."

"Of course I liked him, and I liked Tetralani even better. Her voice is exguisite - or at