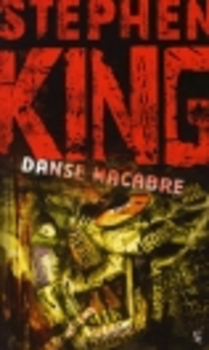 actions and dialogue, as this will help to create a stronger personal connection between player and
character.
The game consists of two kinds of scenes: Life Scenex and Death Scenes. Gameplay alternates between
these scenes types, from Life Scene to Death Scene and back to Life Scene. There are two exceptions to
this pattern: the first two scenes, which are both Life Scenes, and the final two scenes of the game, both
of which are Death Scenes.

Life Scenes
Each Life Scene begins with one player turning on the music. When the music begins, each player picks
up their envelope and stands. They begin to nairate and act as their character, keeping in mind their
rank and temptation and the character concept that they developed. Players are encouraged to walk,
pace or otherwise move around the room while in character, moving closer to other players as they
interact with their characters and moving away as their character's attention is drawn elsewhere,
carrying their envelopes with them as they move.
Framing the Scenes
The first Life Scene should be a fairly mundane depiction of life in the chosen setting. Characters
should go about their daily routines, engage each other in casual conversation, and pursue their
personal agendas with little apparent consciousness of their mortality. Their temptation and its impact
on their behavior should be noticeable, but not overwhelming.
For example, if the setting were a medieval village during a plague outbreak, the first scene might be a
harvest fair, where both royalty and peasants have gathered to celebrate a successful crop, with only
vague rumors circulating about the disease. Maybe someone has heard about a sickness that has
infected men and women in a distant city, but it's only a rumor, and, after all, there is so much sin and
depravity in the new cities and, well, they've pretty much invited judgment. Meanwhile, the players
spend their time festively, singing, bragging, drinking, talking about how hard they worked this season.
Each following Life Scene should grow progressively darker, with life's frailty becoming more obvious
and death's ubiguity becoming more undeniable. The characters should be more aware of their morality
and their struggle with their temptation should become more overt. Play remains the same mix of
acting, dialogue and narrative, but the content becomes more oppressive and the characters' moods
more severe.
Continuing the plague example above, the second scene may be set in a tavem at night, with the
characters sharing stories that they've heard about the plague's effects on nearby towns and fiefdoms.
They might talk about the fevers, fits and lesions that the disease brings. But yet, no one in town is sick,
so much of the bragging and bartering of everyday life continues.
The next scene might deal with the first word that some people in the characters' village have
symptoms of the plague and that one man has died. lt becomes impossible for the characters to deny
their vulnerability, but they try to preserve some pretense of routine life.
The scenes could continue to escalate in this manner until a final scene where the last remaining
character, the last person in the village left unaffected, wanders the town desperately, flanked by the
dead and dying and struggles with the knowledge that they are almost certainly already infected.
This final scenes should largely be devoted to grappling with the remaining character's temptation,
which, by this point, should have grown to dominate their thoughts and personality. By the end of this
scene, the sole survivor should be close to coming to terms with their death or to being completely
consumed by their temptation.
Pass the Envelope
During the first Life Scene, players may freely trade their envelopes as they interact with each other.
They may pass their envelope to another player with whom they are talking or acting, accepting that
player's envelope in return. However, the players must not open or look inside their envelopes during a
Life Scene. The players should remain oblivious as to whether or not the envelope they hold contains
the Death Card. Also, no player can give up their envelope entirely They must always be in possession
of one and only one envelope, as long as their character is alive.
During all Life Scenes after the first only Death can exchange players' envelopes. Rules for the role of
Death are explained in the Playing Death section below.
Ending A Scene
ALife Scene ends when the music stops. At this point, the dance—represented by the characters'
restless steps and exchanges—has concluded, and one character will die.
During the first Life Scene any player may choose to stop the music and end the scene at any time. The
player simply walks to the source of the music and turns it off During all laterLife Scenes, only Death
can stop the music.
Once the music stops, all players stop moving or return to their seats and open their envelopes. When a
player opens their envelope to reveal theDeath Card, this means their character has died, and that the
next scene will be aDeath Scene featuring their character and the player currently playing Death.
There is no Death Scene following the first Life Scene. Instead, play advances immediately to the
second Life Scene. However, The character whose player was dealt theDeath Card still dies. Don't
worry, that character will still get their Death Scene. lt simply comes later in the game.
Once a character has died, they will not appear in any futureLife Scenes, though their players can still
enter those scenes as Supporting Characters, so long as they are not currently playing Death.
Before moving on to the Death Scene take one blank card and one envelope and remove them from
play. Take the remaining cards, including the Death Card, and return them to their envelopes, then
shuffles the envelopes. Each player with a living character then claims one of the remaining envelopes.
Playing Death
A personified Death, often depicted as a skeleton or an desiccated corpse in a funeral shroud, is a
common figure in art and folktales about mortality. Ohen Death appears to undermine the worldly
pretensions and obsessions of its victim before leading (or dancing) them out of life. InDanse
Macabre, Death is a role that players assume after their characters have died.